As a high class escort: define and protect your boundaries

Men that book a high-class escort are often looking for company, affection, and intimacy. They respect the lady and usually follow the agreements that are in place with these interactions. Despite of most men being respectful there are men who will try to push your boundaries. So, you have to know your own boundaries and you should not be afraid to show just that. But how do you do that?

It’s important to be aware of your own boundaries before you start doing this work. Think about how far someone can go and ask yourself a couple what-if scenarios. How would you react to this? Awareness is an important part of indicating and protecting your boundaries. Often you only really know your boundaries when someone has already crossed them. This is unpleasant, but it’s also a good lesson about what is and is not acceptable to you.

Apart from the fact that you’re not obliged to perform extra services, it’s also not recommended for every lady to provide certain services. So, you should really have self-awareness about what will suit you and what not. This work involves discovering both your qualities and preferences. Throughout your career as high-class escort you might say ‘YES’ to certain services, but you may find out later that it’s not for you and so you’ll change it into a ‘NO’.

Anyway, it’s easy to talk about boundaries beforehand. How does it work in real life? It’s possible that during a date clients will try to push boundaries. Some clients may think: “I have paid for you, so I can do everything with you.” No, it doesn’t work like that. But how do you handle this ‘the high-class way’?

It’s maybe a cliché, but talking and listening is important. Everyone has different boundaries. How do you deal with this in a proper way as an escort lady? Showing your boundaries can be done both physically and by talking. Physical approval can be shown by a simple touch, kissing enthusiastically, hugging, or to snuggle up against someone. A physical cue you if you not approve, is not reacting to hints. For example, if a man slides his hands through your bottom, while you clearly don’t want to perform anal sex, you can subtly guide his hands in another direction. When he tries to do it again, then tell him in friendly manner that you don’t want to do that. If a client doesn’t understand this cue either, then you may (verbally!) make it more clear to him. If even this last verbal cue hasn’t been sufficient to him, the rule states that you may leave. At Pink Sheets we apply the three-stage rule. One time friendly, one time very clear, and the last time you apply consequences to the warning, that is leaving.

The work has to be pleasant, safe, and painless. If you don’t find something pleasant, because something is hurting, express this immediately. Does he pull your hair a bit too strong during the date? By gently saying to be more careful with you is often enough.

Obviously, you shouldn’t let it come this far with everything. For example, if Don Juan has booked you who has an absurdly large penis size. Everybody has their preference, but a too large penis can be problematic. If by the eager sight of his ammunition you already judge that the barrel is too narrow, then you have every right to indicate that it is not possible to perform penetration. Despite the need of a fitting condom to have safe sex, it has to be painless as well. 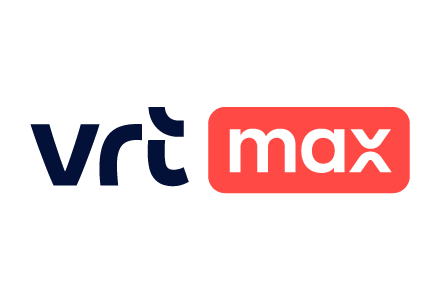 Who is the woman behind the high-class escort?
Scroll to top

This site uses cookies. By continuing to browse the site, you are agreeing to our use of cookies.

We may request cookies to be set on your device. We use cookies to let us know when you visit our websites, how you interact with us, to enrich your user experience, and to customize your relationship with our website.

Click on the different category headings to find out more. You can also change some of your preferences. Note that blocking some types of cookies may impact your experience on our websites and the services we are able to offer.

These cookies are strictly necessary to provide you with services available through our website and to use some of its features.

Because these cookies are strictly necessary to deliver the website, you cannot refuse them without impacting how our site functions. You can block or delete them by changing your browser settings and force blocking all cookies on this website.

We also use different external services like Google Webfonts, Google Maps and external Video providers. Since these providers may collect personal data like your IP address we allow you to block them here. Please be aware that this might heavily reduce the functionality and appearance of our site. Changes will take effect once you reload the page.